The Essentials We Believe:

The God of the Bible is the only true God, infinite in power, wisdom and goodness. God reveals himself as the Father, Son and Holy Spirit, three equal, distinct but inseparable persons.

The Father is the creator, ruler and preserver of all things. He is infinite in power, wisdom, justice , goodness and love. He has provided the means by  which people may enjoy a relationship with Him and eventual freedom, with all of creation, from evil.

Jesus Christ is truly God and truly man, the perfect and inseparable union of the divine and human natures. He is the Son of God made flesh, born of the Virgin Mary by the power of the Holy Spirit. His sinless life, suffering, death, resurrection and ascension provide the only way of salvation. His sacrifice on the cross, once for all, provides the only way to the Father. Now he intercedes for us before the Father, awaiting the day when He will return to judge every person and establish His kingdom.

The Holy Spirit is equal with the Father and Son as God. He is present in the world to make people aware of sin, righteousness and judgment. He leads people through faithful response to the gospel, and lives in every Christian from the moment of salvation. He empowers the Church to carry out Christ’s mission in the world, enables believers to live a fruitful Christian life, and endows each believer with spiritual gifts according to His will. He guides the faithful into all truth, which is always in harmony with the truth given in the Scriptures.

The Bible, both Old and New Testaments, is the only written Word of God. Inspired by God and written by human authors under the supernatural guidance of the Holy Spirit, the Bible reveals all that is necessary for knowing God’s will, salvation and Christian growth. It is the guide and final authority for faith and conduct of individuals and the teaching and purpose of the Church.

People are made in the image of God and are the supreme object of God’s creation. Since the fall of Adam, all people are born with an attitude of rebellion toward God called sin, which separates people from God. This corruption is so pervasive that people are not capable of a positive response to God. Only through the work of God can people be saved from the corruption of sin and restored to the relationships which God has intended for us.

God offers people forgiveness through Jesus Christ’s death on the cross, the perfect sacrifice for the sins for the whole world. Forgiveness cannot be earned through good works, self-improvement, or religious ceremony. It is a gift for all people who repent of their sins and trust in Jesus Christ as God’s offer of forgiveness, their sins are forgiven, they are declared right in God’s sight, made a new person by the Holy Spirit, and adopted into the family of God. These benefits are known as salvation, and this salvation is complete and secure. The fullness of God’s great salvation will come with the return of Christ.

Bethlehem Methodist Church has had a very remarkable history. The growth of this rural church  has been continuous to the present. When the founders of this church stood among the hickory and oak trees that grew about this place,  their hearts must have thrilled to know that a new place of worship to Almighty God had been established. If they, like us, could be here today,  they too would testify to the great things God has done for Bethlehem. Thanks to God for the men and women, and boys and girls, who have made the church here through all the years.

Bethlehem Methodist Episcopal church was located in the southeastern part of Fentress Township, Guilford County, North Carolina. To the mail, and to the Southern railroad, we were known as Climax, North Carolina. This rural community, like many other such communities, found its center around the school house or the church. A log school house was built before there was a church, and was used as a preaching place.

The first deed to Bethlehem Methodist Episcopal church bears the date of June 2, 1825. The words on the cornerstone "Organized 1825,"  were based on this deed, but it was possible that the congregation had an organization prior to this time while meeting in the log school house.

Sometime near the date of this first deed, a log meeting house was erected on the acre of land purchased for use of the people in the community, and for a preaching place for the Methodist Episcopal Church. This Bethlehem church had a balcony where the Negro slaves sat during the service. For a little more than forty years the original church stood and served its day and generation.

A second church was built following the Civil War.  One writer states that it was in 1868. This second church was a frame building,  covered with planks on the side walls, boarded up and down. Wide planks, dressed by hand, were used for the ceiling and to finish the interior walls. The congregation had grown until in 1895,  there was need for a larger church. From the years 1868 to 1896, this small frame church  had been the place of worship. Beginning the last year, the little church might have said, "For twenty-seven years I have held this congregation in my lap while they listened  to the Circuit Rider preach the Word of God. I will do my work faithfully to the end; but why do I have to stand by and see them use weather boarding in the place of my boarded sides, or beaded ceiling on the interior walls in place of my hand dressed planks, and upon the roof, those shingles in place of clapboards to keep out rain and snow?"

The third church to be built at Bethlehem was started in 1896 This church was a frame building 32 x 50 feet in size,  and showed the marked progress that had been made in building materials over the seventy years since the first church was built with logs for its side walls, and clapboards for the roof. Then, as now, the congregation had a way  of getting things done, so the church was dedicated, June 27, 1897.  Rev. Sam T. Barber was the pastor during the building and dedicating of this church. The congregation continued to grow. By 1918, substantial additions were made to the church. In all, ten Sunday School rooms were added  to the original building. One of these furnished additional seating room for the church services.  Improvements were made across the years; electric lights came, as well as a hot air furnace, for heating the building; and carpets, to cover the floor.

This church building which had been the scene of many happy gatherings, caught fire during a thunder cloud, Sunday afternoon, June 22, 1952, and burned to the ground. The pews and the piano in the sanctuary, and the chairs in the Sunday School rooms were saved.

The present church is the fourth to be built at this site.

All the outside walls are brick and backed with concrete block. Except for one iron beam,  all the roof framing is constructed of wood. The beautiful steeple is built over a forty foot steel frame which rests on a concrete slab in the top of the brick tower. The cross on top of the steeple is about eighty-five feet from the ground. Work was begun on this new building August 8, 1952, by digging the basement. "Services for the Laying of the Cornerstone, Of A Church," was conducted, Sunday afternoon, November 16, 1952.

The first use of the new church for the entire congregation was in the Sunday School rooms.  This was on Easter Sunday morning, April 5, 1953.  After assembling in the church hut for opening exercises, the entire group went to the new church building for their classes.  Construction continued on the building and the first service conducted in the church sanctuary was Sunday, September 13, 1953.

At the morning service,  "An Order for the Opening of a Church for Worship," was used. During the service, Mr. J.S. Ferree, builder for the new church,  spoke and turned over the keys to the building committee. Mr. Lee Fields, Chairman of the Building Committee and the Official Board, received the keys and made the response. The morning service was concluded with remarks by the pastor, Rev. J. Silvester Higgins.

At the afternoon service, the West Market Street Methodist Church of Greensboro helped greatly by furnishing special music by the Men's Chorus, and Dr. Eugene C. Few preached the sermon.

It was a great day for all.

By this time, in the progress of building the new church,  $20,000.00 had been borrowed.A few things had been done to the church  since the opening day. The congregation stood firm to the idea to get out of debt; the Deed of Trust given to secure the $20,000.00 loan  was canceled September 19, 1954. It was with great joy that we came,  two years, three months, and twenty days after starting this church building,  to dedicate it to the worship of Almighty God.

Further progress was made in the years that followed. In 1955, a new organ was installed and carpeting was laid. Then in 1968 new sound boxes for the organ were given in memory of Mrs. Fannie Ledbetter Smith by her family. Later memorial chimes were placed in the church tower. Also in 1970 the interior of the hut was redecorated.

The first open air Arbor was built at Bethlehem in 1878 or 1879. Its hand hewn timbers were mortised together with wooden pegs. Many of its original timbers are still part of the present arbor. In the early days,  there were 18 wooden tents surrounding the arbor. Torches and oil lamps were used for lights during evening service.People came from far and near with their cows and chickens and supplies to last two to three weeks. The Tenters would take their vacations and give them to God, never going home during the several week period, and being totally self-sufficient for themselves and their animals.

In the early days prayer meetings were held before breakfast, at 9 o'clock, then at 2 p.m., and again before the evening service. Preachers were plentiful in the "good old days," and from 6 to 15 would be present for one of these Camp Meetings.  One would preach at one service, and then another at the next one.

Today modern conditions have altered the schedule of events.  In 1960, concrete block tents, owned by individual members of the church, were built during the summer in hopes of  "reviving the old spirit of past meetings." These tents replaced the wooden tents that were built in the 19th century, although two of these old wooden tents stood for several years thereafter.

These 8 concrete block tents were built together so that they form a long (200 ft.) row of large rooms (tents). The Tenters really do enjoy Camp Meeting. They sleep in their tents,  do their own cooking, entertain the preachers, socialize,  pull good-natured tricks on each other, and worship God all week, recreating the history of their families for the past two hundred years. They truly are Methodism, doing what Methodists have always done. They are children of history, and are faithful to that history, as well as to their God.

They and their children will always return to the place of their inspiration by the Holy Spirit,
The Bethlehem Campmeeting. 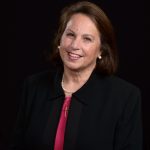